Who hasn’t heard the reputation of this classy restaurant, Vue de monde situated in level 55, 525 Collins Street, Melbourne CBD?
Let us step back few years back, where was this restaurant originally from?
It was originally started in a quirky terrace building in Drummond Street Carlton,
in 2005 they relocated to the historic Normanby Chambers in Melbourne’s central business district.

We’re honor to be a witness for our good friend’s wedding private dinner in Vue de monde private function section. A well designed area secluded from the noise outside from the bar.
An outstanding customer service shown by the Vue’s team during the private dinner, they served customers with smile and politeness.
Water was always being topped up 🙂
Vue de monde really knows the good timing when to serve the next dish, top class! 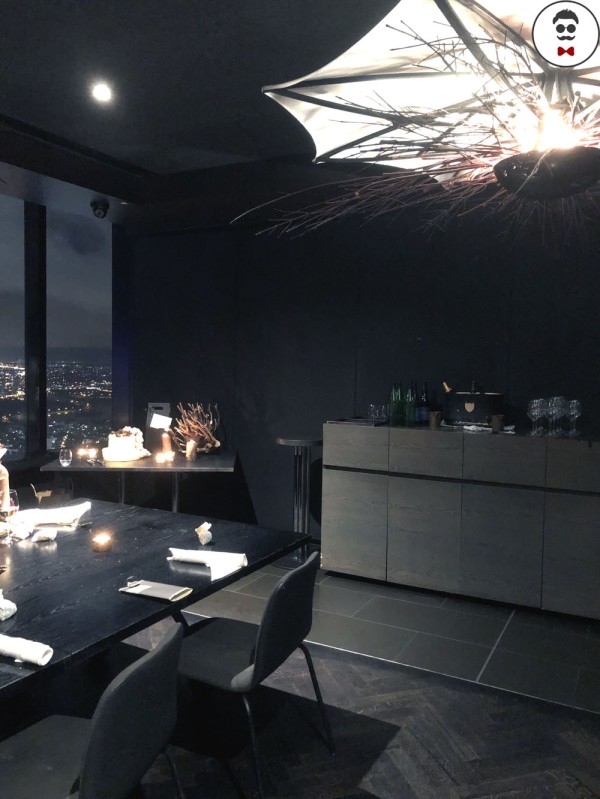 It’s a fine dine restaurant with the stunning view to enjoy the beautiful City View of Melbourne from the 55th floor.
This private function room was enough to cater 15-20 people and perfect to have an intimate event for a medium size group.
The ambiance, vibe and atmosphere were amazing and so classy.

Here are the run-down of all the dishes served:
1. Canapes

2. Kingfish, herb, kale
You’d have the option to opt for a fresh (raw) or a cooked Kingfish.
I opted for the fresh Kingfish, it was high quality and freshly served with well presentation.
The kale was so crispy and gave a hint of smokey flavours.
The base sauce had rich flavours mixed with the home made herbs.

3. King green prawns, pumpkin, buckwheat
Dish was nicely presented with pumpkin puree sauce to give a slightly sweet taste.
It was creative and smart way to combine prawns, pumpkin and buckwheat.
The prawns were cooked well and well seasoned.
Overall taste was stunning, balance and every component was beautifully cooked.

4. Mark Eather line caught fish, mushroom, smoked koji
The fish was smooth and soft from the inside, the outer skin part was crispy and perfectly cooked. The mushrooms were also nicely cooked 🙂
Each of the component interact and compliment each other which created unique and rich flavors.
This dish was one of the highlights for tonight.

5. Suckling Pig, cabbage
The dish was nicely presented, the suckling pig was soft and had nice texture wrapped in cabbage; Actually, it’s a very nice Asian Fusion dish unfortunately it was over seasoned and the sauce on the side was slightly overpowering.

6. Confit Duck leg, beetroot, apple
The confit duck leg was beautifully cooked, it was crispy from the outside and soft from the inside served with beetroot puree on the side. The duck wasn’t dry which was good.
The taste was balance and well seasoned.

7. David Blackmore Wagyu, onion, tarragon
The wagyu beef was perfectly cooked as a medium rare and had a nice pink color.
The beef was very juicy and soft from the inside.
On the side, there were tasty meat served on top of grilled onion.
It wasn’t the best Wagyu beef we’ve ever tried, but this one was definitely above the average.

8. Spiced cinnamon caramel, poached pear, buttermilk
The taste of dessert was average; it was very unfortunate because all dishes were delicious and quite tasty.

Congratulations again to our dearest friends, Samuel and Eunike for your marriage!
Overall, it was a great night, food and companions 🙂

As what’s written on Zomato, you would spend around $600 for two people;
From our honest opinion, it’s totally worth it to spend for a special moment such as: wedding anniversary, engagement or others because
the atmosphere, vibe and ambiance are very supportive; The customer service is top-notch!
It was very romantic and intimate with the nice city view from level 55 Rialto building, some of their food were really good while others were alright;
Surely you’d get better on other places for less or same amount money spent.
Melbourne has a lot of fine dine restaurants that offer amazing food.

This site uses Akismet to reduce spam. Learn how your comment data is processed.