If you love Japanese food & seafood lover, Unabara Lobster & Oyster bar is the “Go To” place to satisfy your craving and taste buds.
It’s a quite well known Japanese restaurant in Melbourne specialising in Japanese Seafood dishes. Two branches have been opened around Melbourne CBD (Melbourne Central & Melbourne Emporium).
We’re glad to be invited by Unabara’s team to experience the Lobster/Seafood dishes in Emporium Melbourne CBD, Level 1.

They always select an unrivalled selection of wild and sustainable fish, oysters, lobsters and many other shellfish to make you feel as if you really were dining by the Sea of Japan! They only serve the fresh and high quality seafood to the customers.

This place is more like casual semi fine dining restaurant which is a great spot to bring your friends and family on special occasion. You won’t get disappointed with the service, atmosphere and especially their food.
The restaurant was quite spacious with the modern look and feel. Everything was clean and tidy.
The vibe and atmosphere were cosy and great.
Plenty selection of wines and champagnes which are fabulous even if you just wanna chill in this restaurant.

We ordered:
– Grilled Half Western Australia Rock Lobster and Roast Angus Beef Tenderloin with Mushroom Sauce.
Served with beer battered fries, side salad & petite lobster bisque.
*Lobster 400g (seasonal) & 180g Roast Angus Beef Tenderloin
As soon as the food came, we couldn’t resist to steal the fries before we took any photo. The beer battered fries was fantastic! It was cooked and seasoned well.
It was served warm, crispy and crunchy from the outside.
We had a pretty good first impression and judgement how good this dish before we tried the main highlight of this dish just by having a look of the spread below.

We’re so excited to describe the main star of this dish – Lobster & Angus Beef.
The lobster was generously served, had reasonable size and freshly cooked.
The quality of this lobster was top-notch.
On the outside it was nicely seared and inside was perfectly cooked; tender and soft. 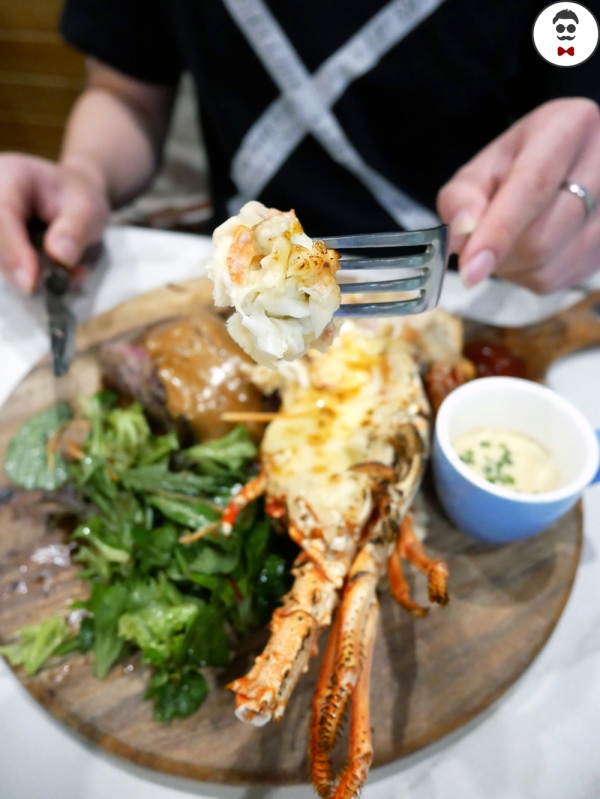 Another highlight of this dish was the beef. It was also perfectly grilled and cooked as per request (medium-rare).
The meat was well seasoned, tender and not dry.
What a great quality beef served!
It was also soft when you cut and juicy, glazed with mushroom sauce;
What an impeccable taste of this dish, we’re happy to recommend you to order this one when you’re visiting Unabara!

– Lobster Linguine
Fresh made pasta with succulent lobster meat (50g) tossed with garlic & lobster oil.
The pasta was was freshly made in-house, pasta was perfectly executed.
The sauce was creamy, flavourful and not too strong; The lobster meat surely was the star of this dish!
Everything was meticulously made, well executed and perfectly seasoned;
The pasta was cooked in the perfect temperature and spot on (not overcooked)!
One thing that we noticed that the fishy smell on this dish was quite strong (heads up for those who’re sensitive with the fishy smell on the dish)
Definitely, it is a highly recommended dish!

“Save the best for the last” that what we did!! 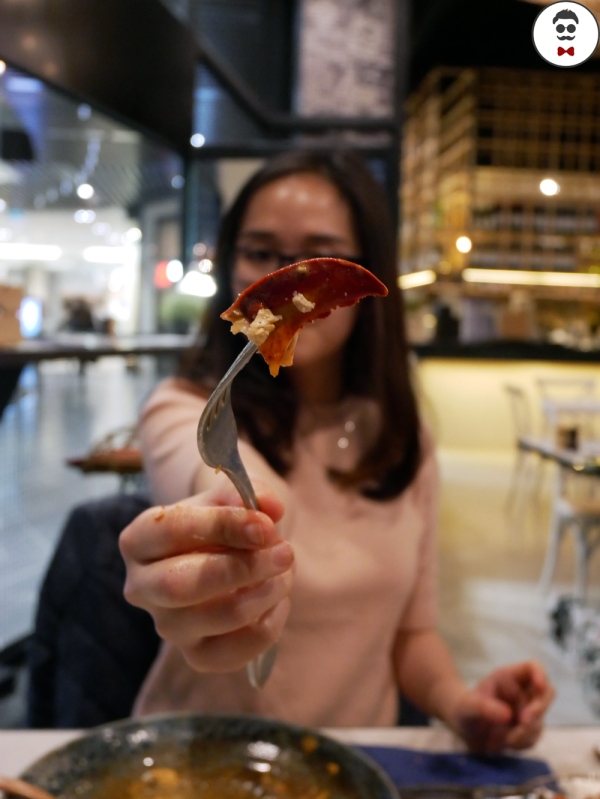 Miss Epi is so satisfied after successfully cracking the crab meat!!

Overall, we had an absolutely great time to experience the Japanese Seafood dish in Unabara Lobster & Oyster Bar.
They raised a high benchmark on Japanese food cuisine and surely we’ll be back to this restaurant.

Note: We’d like to say thank you to Unabara’s team for having us.

Disclaimer: Honest opinions expressed here are purely on our own and are based on our experience at that time

This site uses Akismet to reduce spam. Learn how your comment data is processed.